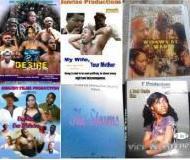 PRESENTATION OF THE NORTH WEST

LOCATION
The North West Region is found within the Western Highlands of Cameroon. It lies between latitudes 5o40’ and 7o North of the Equator and Longitudes 9o45’ and 11o10’ East of the Prime Meridian. It is bordered to the East by the Western Region, to the North West by the Federal Republic of Nigeria and to the South by the South West Region. The Region has a total land surface area of 17.300km2 and its close location to Nigeria and the Western region is of strategic importance to the economic development of the area.

TOPOGRAPHY
Generally mountainous and undulating, the North West Region lies within the highlands of Cameroon. The region is not easily accessible because of the abrupt escapement of the landscape. Almost all the lands are located in altitudes above 900 meters. The highest point of the region is Mount Oku in Bui Division with an altitude of 3011 meters above sea level while the lowest part is in the Mbembe Plain (Donga Mantung) around river Donga Mantung with 211 meters above seal level.

CLIMATE
Generally, the region is characterized by a short dry season of about four months (November – February) and a wet season of about 8 months (March – October) with the months of August and February as the coldest and hottest respectively. This allows for two cropping seasons at elevations of about 1200m, and a single cropping season in the higher altitude because of the low ambient temperatures. The mean annual temperatures range from 14oc to 28oc. High temperature is common particularly in depressions between hills, such as the Ndop plain, the Mbaw Plain, the Menchum Valley and in the Lowland forest zones. The coldest area is found around Ndu in Donga Mantung and Tatum in Bui Division. The hottest being the Mbembe area is Ako Sub-Division.

ADMINISTRATION
The North West Region comprises 07 administrative units: Boyo, Bui, Donga Mantung, Menchum, Momo and Ngoketunjia. Each Division has Sub-Divisions. Presently, the region has 31 Sub Divisions and 32 council areas, out which there is one city council. Bamenda is the regional capital of the North West Region of Cameroon.

ETHNIC GROUPS
The population of the North West Region is a conglomeration of many ethnic groups comprising the native population and a significant proportion of immigrants from other regions and countries, particularly Nigeria. The native population comprises a variety of ethno-linguistic groups. The main ethnic groups or tribes are: Tikari, Widikum, and Fulanis. Major ethnic groups in the North West include the (Nsos, the Koms, the Mbums, the Mettas and the Balis). In the tribes, the social organization recognizes at its head a chief who is also called Fon. The Fons are enthroned as the living representatives of the ancestors. Their roles are significant in the communities.

RELIGION
Traditional religion with ancestral worship runs across all ethnic groups in the region, even as Christianity and Islam strives. The Catholics, Baptists and Presbyterians account for over 80% of the population, while the Muslims are less than 20%. A small percentage practice uniquely the traditional religion. From these mentioned groups, only Christianity discourages polygamy. Data from the 1987 census states that 74% of the population accounted for monogamous marriages, while 20% accounted for polygamy. Many of these religious bodies or structures have been a driving force in the development of the area, especially in the domain of health and education.

POPULATION
Since 1987, the region has been witnessing a rapid increase in its population, which today stands at about 1.8 million even as unofficial sources put it at about 4 million inhabitants. Population density is about 99 inhabitants per km2 compared to the national average of 22.6. The regional urban growth rate is at 7.95% compared to the national average of 5.6%, whereas the rural growth rate is at 1.16% equal to the national rate. When the population is considered by sex, the predominance of the female over the male population is evident. The working population splits into 47.4% men as compared to 40.4% of women. This is due to the fact that men move to the city to find jobs while women remain in the rural area to work on the farms. The overall population of the region is still a young one with over 62% of residents still under 20 years of age. This produces a population pyramid that is still broad at the base. The proportion of persons of above 60 years is very small (4.2%). Consequently the dependency rate (proportion economically) is high in the region (116 inactive persons to 100 active persons), particularly in rural areas.

TELECOMMUNICATION
The public switched telephone network operators in Cameroon is Camtel, Cameroon Telecommunication with the exception of Boyo, all Divisions in the region are served with fixed phones. Of the total number of telephone lines in the region, Bamenda has more than 75%. By the year 2000, new mobile companies, MTN and ORANCE rushed in and installed mobile network in the region. Almost all divisions are served by these mobile operators. Internet access is available though largely limited to the city centre of Bamenda. Numerous radio’s and TV channels animate the region.

HEALTH
Primary health care facilities exist in some villages in the region. Hospital facilities provided by government and other denominations as well as private individuals abound in the urban centers. Distances to rural health centers are far off and the facilities and staff are not enough in quality and quantity. The mortality rate continuous to increase and is aggravated by the prevalence of HIV/ AIDS and other related pandemics.

CULTURE
There exist no structure in the region for the promotion and mobilization of arts and cultural heritage. The cinema industry is faced with unfair competition from video clubs.

FINANCIAL SECTOR
In the entire region, five well established banks and four insurance companies can be identified. There is one big corporative of Credit Unions (CAMCCUL) with head quarters in Bamenda. CAMCCUL seems to be the only structure that regularly finances the agro-rural sector as conventional banks and insurance companies play a relatively negligible role in poverty alleviation in the area.

OVERALL PHILOSOPHY OF THE NORTH WESTERNER

North Westerners generally believe in national unity and state institutions. They fought for reunification and have remained stead fast in their beliefs and convictions. They tolerate various shades of political opinion and get too hostile only to those who try to impose a particular form of thinking on them. They have a lot of respect for elders, but only if those elders live up to expectations. Those who portray North Westerners as terrorists, trouble makers or “enemies dans la maison” are political bigots who want to give a dog a bad name in order to hang it. Those who know the North West, but do not love it, hate all what is beautiful, noble and upright.
Posted by Unknown at 2:32 PM